Animals form the largest of the natural world's five kingdoms, with nearly 2 million different animal species having been recorded and new animals are still constantly being discovered.

Animals are the most varied living things on the planet and you would think so after having evolved and adapted to their surroundings for more than a billion years. Different levels of animals from prey to predators, and from those animals that live on the sea bed to those animals that rule the skies, all make up the animal kingdom. 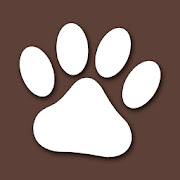 Throughout this section, we look into what sets animals apart from other living organisms and from one another. We will also look at their behavior including how they communicate and interact with others; their anatomy including skeletons, senses and movement; the habitats in which they live; and the conservation that is being done around the world to try and protect them.

With this application you can have all kinds of fun, from all directions, with animals produced in dazzlingly life-like 3D.

Touch the animals as they come and go on screen to see them jump, cry, roll over, and much more!

Move your finger on the screen to make the animals walk or run in whichever direction you please!

If you're lucky, you might even get them to perform one of their special "Happy Actions."

The lively and energetic movement of these animals can be enjoyed from a variety of angles.

Additionally, while you have fun playing with this app, you can also learn about the animals' names, pronunciation, habitats and more.

Along with the animal actions, this app can also display the spelling for names as well as playback name pronunciation. Perfect for helping your little tot learn!