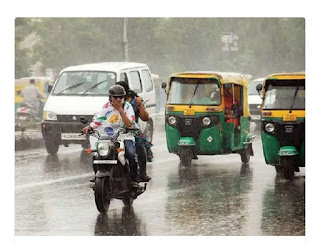 Megharaja's arrival in Gujarat The monsoon is sitting in Gujarat on Thursday. Megharaja has entered the state from Kaprada. The Union Territory of Diu and Daman, including Valsad, have also received heavy rains. Earlier on Wednesday night, the weather began to change. Many districts in the state are expected to receive heavy rains for five days. According to the meteorological department, moderate rains with thunderstorms were recorded in Saurashtra and South Gujarat and Central Gujarat districts of the state from June 9 to June 13.

The Union Territory of Diu and Daman, including Valsad in Gujarat, also received heavy rains.