The apps is monitoring all lightning activity which are happening in specifically for all india.
and alert you if lightning is happening near you by GPS notification. under 20KM and 40KM. 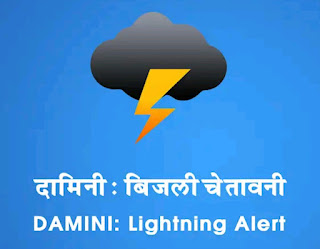 Details description of instruction, precautions is provided in apps while in lightning prone area. Does and Don't for in specific situation is strictly followed when lightning happen near you for your safety purpose.
Lightning is a phenomenon that has not only fascinated but also scared mankind.
Each second about 50 to 100 lightning strikes occur over the Earth.Over the recent
years lightning is identified as the single most killer over India than compared to all
other natural disasters. There is an increasing trend in death. Recent data
suggests, lightning alone account for about 2000 to 2500 deaths every year in India.
Thunderstorms and lightning being the quickly evolving meteorological phenomenon,
the exact forecast of these events is a challenge. Indian Institute of Tropical
Meteorology, Pune an autonomous Institute under the Ministry of Earth Sciences has
installed a Lightning Location Network with about 48 sensors over various parts of
the country and areconnected to central processing unit at IITM, Pune. This network
provides exact information about lightning strikes and movement of thunderstorm
path. The network is being expanded with addition of more sensors to increase
accuracy and reliability.
Using this network, by ESSO-IITM has developed an Mobile App, DAMINILIGHTNING.This App gives exact location of currentlightning strikes, probable
locations of impending lightning around area of 40 sq.km and movement and
↪️ Download Now Application: Click here
direction of thunderstorm. DAMINI also lists precautionary steps to be taken during
lightning and some general information on lightning
Share Tweet Share Email
Newer Post Older Post