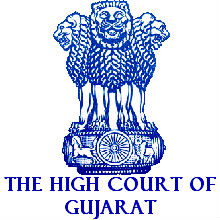 High Court of Gujarat has published Questions with Provisional Answers for the Elimination Test (Objective Type-MCQs) held on 11-09-2021 for Direct Recruitment to the post of Translator, Check below for more details.
Post: Translator
Advt. No. 90/202122 - No.RC/B.1304/2021 (Translator)
Questions with Provisional Answers: Click here
The Elimination Test (Objective Type-MCQs) was held on 11-09-2021.
For more details: Click here
Important: Please always Check and Confirm the above details with the official website and Advertisement / Notification.
The Gujarat High Court is the High Court of the state of Gujarat. It was established on 1 May 1960 under the Bombay Re-organisation Act, 1960 after the state of Gujarat split from Bombay State.
The seat of the court is Ahmedabad. The present strength of the Gujarat High court is 25 against sanctioned strength of 52.
This high court was established on 1 May 1960 as a result of the bifurcation of the former State of Bombay into two States of Maharashtra and Gujarat. The High Court started functioning near Akashwani, Navrangpura, Ahmedabad. The High Court has later shifted to the new building at Sarkhej - Gandhinagar Highway, Sola, Ahmedabad, Gujarat-380060, from 16 January 1999.
Unlike Union Judiciary, the state judiciary possesses wide powers which include powers such as Appellate, Second Appellate in some cases, Revisionary, Review, etc. It also has the power to issue various writs to courts and authorities under its jurisdiction. Intra-Court appeals, when permissible under Clause - 15 of Letters Patent, also lie within the same court from the decision of a Single Judge to a Division Bench which comprises two Judges. It has the power of superintendence on all courts it under Article 227 of the Constitution of India. The High Courts are also empowered to hear Public Interest Litigations.
Share Tweet Share Email
Newer Post Older Post