Admin September 27, 2022
The first phase of the new corridor of Jyotirling Mahakaleshwar in Ujjain, Madhya Pradesh has been completed. State Chief Minister Shivraj Singh Chouhan visited the corridor on Monday. After the inspection, he said that I am satisfied with the work we have seen today. Prime Minister Narendra Modi will inaugurate the new corridor on October 11. Let us inform that the work of Mahakal Corridor is being done in two phases, for which about Rs 750 crore is being spent. About Rs 350 crore was spent for the first phase. The Mahakal temple corridor is built in an area of ​​about 900 meters. 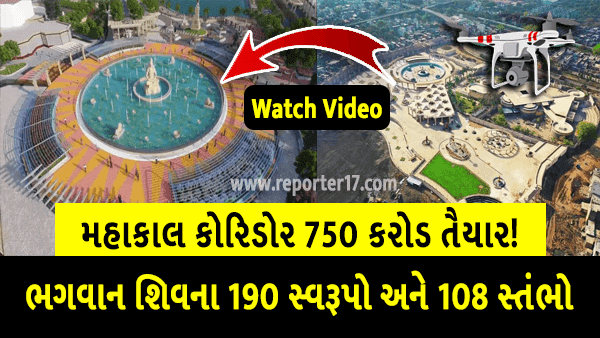 The Prime Minister of the country Narendra Modi is going to inaugurate Mahakal Karya Dwar on October 11. It was prepared by renowned artists from across the country. 108 graceful pillars are erected here, while 190 forms of Lord Shiva appear through various idols.
Watch the history video of all 12 Jyotirlingas of India
After the completion of the first phase of the Mahakaleshwar temple expansion plan, the entire temple premises were transformed. The appearance of the temple emerged manifold. 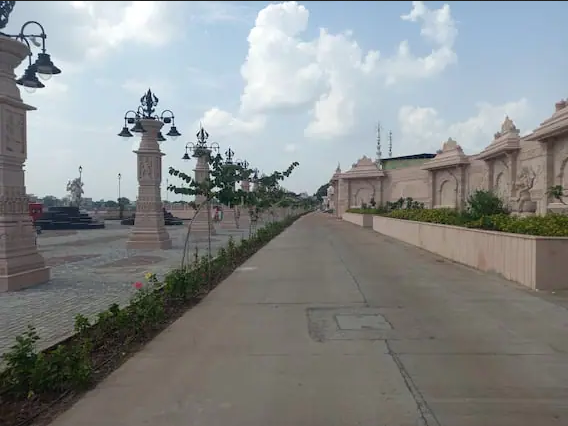 The size of the corridor being built in Ujjain is about 4 times bigger than the Kashi Vishwanath temple. Shiv Tandav Stotra, Shiva Vivah, Mahakaleshwar Vatika, Mahakaleshwar Marg, Shiva Avatar Vatika, Pravachan Hall, Nutan School Complex, Ganesh Vidyalaya Complex, Rudrasagar Coast Development, Ardh Path area, Dharamshala and parking services are also being prepared in the corridor. Due to this, the devotees are going to have a special experience while visiting and roaming the corridor. The special thing is that about one thousand people will be needed to run the grand corridor. In such a situation, new employment opportunities will also be created for the local people. 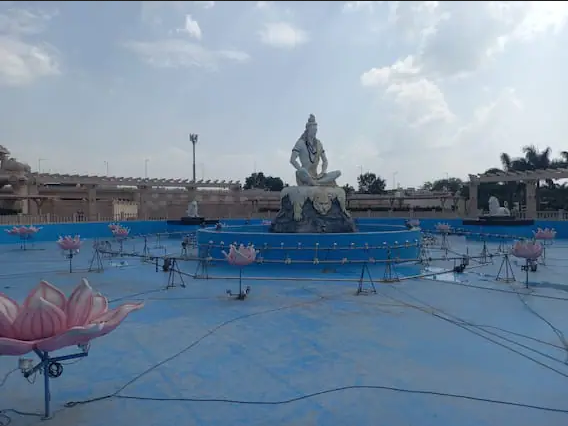 After the completion of the first phase of the Mahakaleshwar temple expansion plan, the entire temple premises have been transformed. The form of the temple has come up many times. After the expansion plan, the temple gate has been made bigger and attractive, which will allow movement of devotees. Nandi was seated at this gate along with Lord Ganesha and Riddhi, Siddhi. 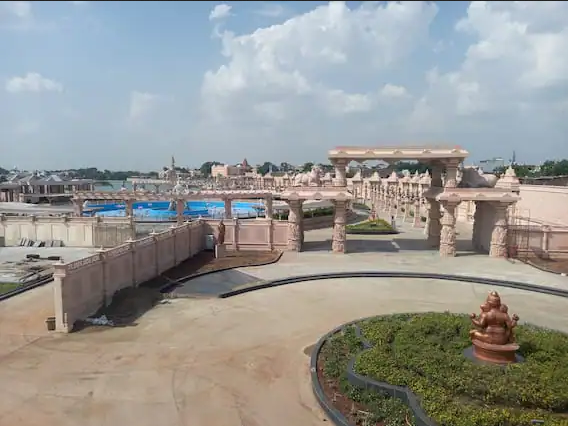 Lord Mahakala's favorite verse "Akase Taraka Lingam Patale Hatakeswara Mrity Loke Mahakalam Trayalingam Namostute" was engraved on the stones at the main gate. The entire complex is 910 meters long and has 108 pillars built on it. Apart from this, the attractive wall of stones is engraved with verses and various forms of Lord Shiva. 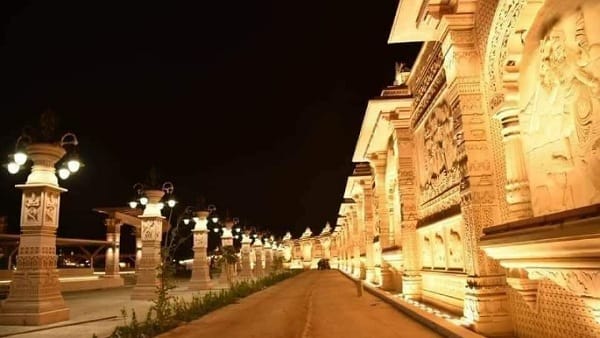 As the Mahakala forest is mentioned in the Meghadutam of the poet Kalidasa. On the same lines, plans for the expansion of the Mahakala temple have been implemented by artists known to carve the ancient form. Devotees who find it difficult to walk will be transported to the premises by e-rickshaw. Apart from this, flower and prasad shops were also built in the premises.
Mahakal Corridor Drone Video: Click Here
Chief Minister Shivraj Singh Chouhan visited the entire campus on Monday. Meanwhile, he also found defects in some idols. Instructions were given to remove these defects. Ujjain Collector and Mahakal Mandir Committee President Ashish Singh said that all preparations will be completed before October 1. A general meeting of Prime Minister Narendra Modi is also scheduled to be held in Ujjain on October 11.
After the date of Prime Minister Narendra Modi's arrival was decided, movement was banned in the entire campus due to security reasons. Even earlier, common devotees were not allowed to enter through this route, but now more security has been increased as a precaution. Along with private security personnel, police personnel have also been deployed here.
Share Tweet Share Email
Newer Post Older Post