Admin December 07, 2022
Gujarat Election Live Update The first phase to elect 182 members of the 15th Gujarat Legislative Assembly concluded on December 1 and polling for the second phase will take place on December 5. 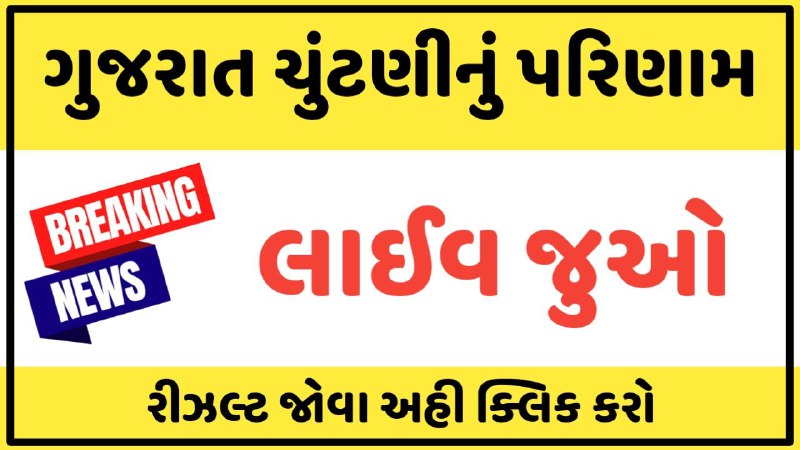 PM Modi will vote in Ahmedabad tomorrow to participate in the great festival of democracy. They will vote in Ahmedabad tomorrow . Prime Minister Narendra Modi will cast his vote tomorrow at 8 am at Nishan School in Ranip . Apart from this, PM Modi will also appeal to the citizens of Gujarat for more voting in the second phase . He has also met mother Heera Baa.
In the second phase, 833 candidates in the election field Tomorrow, voting will be held in 93 seats of 14 districts in the second phase , in which a total of 833 candidates have entered the battle of the election field. It includes 764 male and 69 female candidates. Voting will be held at 26,409 polling stations , including 8,533 urban polling stations and 17,876 rural polling stations. In the second phase, 36 thousand 439 ballot units will be used and 36 thousand 439 control units are to be used
Gujarat Election 2022 Party List
In the last elections of the year 2017, BJP faced its major competitor Congress. But this year, there is another challenge in front of the dominating BJP party. In the Gujarat Elections 2022, BJP will have to face two major parties Congress and Aam Aadmi Party. Of course, there will be also many other small parties participating in the election about whom details will be revealed in the upcoming months.
Gujarat Election 2022 Result
Currently, the dates of the Gujarat Legislative Assembly Election 2022 are not finalized yet. It has been just outlined that the elections should happen by December 2022. So, if it is so, then the results should be out by the end of January 2023 or February 2023. Also, it will entirely depend upon the number of phases in which the elections will get conducted.

By now, most of the details are just updates of whatever events are taking place. The actual details should come out as the election date approaches.
Official Election Commission of India App for Voter Registration and Elections.
About Voter Helpline App
Taking forward its continuous efforts of building an active democratic citizenry in the country, Election Commission of India has undertaken a new initiative by designing a Mobile Application for developing a culture of avid electoral engagement and making informed and ethical ballot decisions among citizens of the country. The app aims to provide a single point of service and information delivery to voters across the country.  The app provides following facilities to Indian voters:
A. Electoral Search (#GoVerify your name in the electoral roll)
B. Submission of online forms for New Voter Registration, shifting to a different
the constituency, for Overseas Voters, Deletion or Objection in the electoral roll, correction of entries & Transposition within Assembly.
C. Register Complaints related to Electoral Services and track its disposal status
D. The FAQ on Voter, Elections, EVM, & Results
E. Service & Resources for Voters & Electoral Officers
F: Find the Election Schedule in your area
G: Find all the candidates, their profile, Income Statement, assets, criminal cases
H: Find the Polling Officials and call them: BLO, ERO, DEO and CEO
I: Click a selfie after Voting and get a chance to be featured in the Official Voter Helpline App Gallery.
J: Download the list of Contesting candidates in PDF format and take the print out.
Share Tweet Share Email
Newer Post Older Post