Admin December 10, 2022
A lot of videos are going viral on the internet every day, in which many such incidents are seen which we all are shocked to see. We are often surprised by the amazing views captured from the sky by drone cameras. But have you ever seen a bird's eye view of the land from the sky? Then businessman Anand Mahindra has shared a similar video on his social media 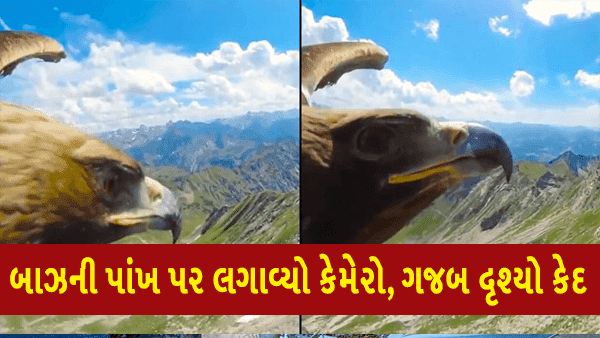 The amazing view of the earth captured by the camera mounted on the eagle's wings, you will also forget the drone view, watch the video
Anand Mahindra is very active in social media and also shares many videos from time to time, which are related to information sabar and jugaad and also learn a lot from his videos, now people's eyes are on the videos that he has shared. Stop, because this video shows a flying falcon looking down on the ground.
In a video shared by Anand Mahindra, a falcon is seen flying in the sky with a camera fitted on its wing, after which an amazing view is seen from the sky. This video is becoming very viral in social media and people are also giving different reactions after seeing it.

A mini-cam hooked on to this magnificent bird allows us to literally get a ‘bird’s eye view.’ I find it useful to start a week by trying to always start with the big picture instead of getting bogged down in the nitty-gritty right away #MondayMotivationpic.twitter.com/sTLNwSMXYa

— anand mahindra (@anandmahindra) November 21, 2022
Anand Mahindra shared the video and wrote in the caption. A mini-cam attached to this magnificent bird gives us a true bird's-view. I find this video useful to start a week. We always try to start with the big picture. Immediately. Along with this video, he has also written the caption #MondayMotivatio.
Share Tweet Share Email
Newer Post Older Post